Holiday Safety Tips for your Pet 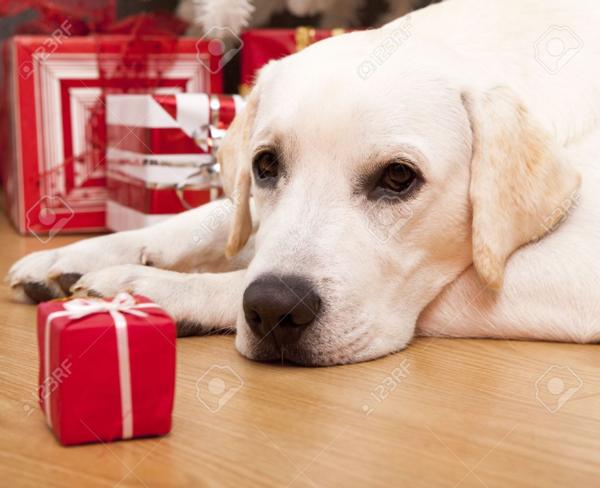 “Everybody knows poinsettias are poisonous.”

The news anchor stated these words so confidently that even I doubted myself for a moment. I was live on a national morning talk show discussing holiday hazards for pets when the subject of poinsettias came up.

“That’s what many pet owners believe, but it’s just not true.” For many years I’d been fighting the rumor that poinsettias were deadly to dogs and cats. The “killer-poinsettia” myth apparently started back in 1919 when an Army officer stationed in Hawaii found their two-year old child dead underneath a poinsettia. The logical conclusion was the poinsettia did it. Only it didn’t. While it was widely, as in worldwide, reported that the poinsettia was the culprit, later tests revealed the child died of other causes. Unfortunately the national hysteria created by the initial erroneous news reports was enough to create a legend that’s been particularly persnickety to purge. If a dog, cat (or even a child) eats a poinsettia, they’ll probably have quite a case of GI distress or irritated skin, but they’ll live. For the hundredth time, poinsettias are not fatal to dogs and cats. Go forth and decorate!

“But my dog only ate a little chocolate.”

Okay, chocolate is toxic to pets, but maybe not as lethal as once believed. The darker the chocolate, the more toxic it is to dogs. Chocolate is primarily toxic to pets because it contains an ingredient similar to caffeine called theobromine. Dark, cooking or baking chocolate contains about six times the theobromine of common milk chocolate.

Regardless of the type, I don’t advise you to feed your dog chocolate. I also advise that you take extra precautions when cooking with dark chocolates as it only takes my beach mutt about 0.2 seconds to counter surf and swipe a bowl full of batter.  Don’t ask me how I know the exact time. Let’s just say I especially careful now. A 20-pound dog that treats itself to as little as 6 ounces of milk chocolate, 2.4 ounces semi-sweet, or less than an ounce, 0.8 ounces to be exact, of baking chocolate can end up in big trouble. A 50-pound dog that munches on 5 ounces of semi-sweet baking chocolate winds up in the animal ER.

If your pet eats chocolate, save the wrapper and contact your veterinarian immediately for medical advice. Treatment often involves emptying the stomach and fluid therapy. And put those bowls of batter out of reach when you step away to watch your favorite football team on a scoring drive. Trust me on that one.

Dogs and cats are very sensitive to alcohol. Small amounts can lead to coma and death. That’s no way to celebrate.  Years ago I saw a Lhasa apso that decided to help clean up after a New Year’s party. Her idea of cleaning involved drinking from leftover champagne and cocktail glasses. Her parents should’ve cleaned up after themselves before they retired but were apparently having a bit too good of a time, if you know what I mean. Needless to say, the owners shook themselves awake as she was having a seizure. By the time they reached my clinic, their diminutive dog was comatose. It took two days of intensive care before she recovered. Permanent kidney and liver damage resulted. No booze for Bruiser. Promptly clean up after yourselves before your canine cleaning committee takes over. Enough said.

“It’s so cute to watch my puppies open their presents.”

I’ve practiced for 20 years, and nearly every holiday season, I’ve surgically extracted innumerable tinsel strands, wrappers, bows, and assorted plastic pieces from the intestinal tracts of dogs and cats. Give your veterinarian a break by keeping your pets away from the Christmas carnage. Sure, it’s fun to watch them pounce and play with the decorations. It’s totally unfunny when a bow goes missing and your pet starts hurling.

Enjoy your holidays and be sure to keep a close eye on the furry ones. 0.2 seconds is a blink of an eye. Well, at least it felt that way and it wasn’t totally my fault. For your information, my wife makes sure our children supervise me whenever I’m baking after my infamous “Battle of the Batter.” For the record, it was a draw. Sandy only got a little. Or half, according to a certain adult female with red hair and freckles and a mean pinch. If you’re wondering, it was less than 0.8 ounces. And yes, it hurt. And no, it’ll never happen again. Happy holidays.

If you have any questions or concerns, you should always visit or call your veterinarian – they are your best resource to ensure the health and well-being of your pets.